Several years ago, I created a YouTube video series called “Clair de lune From Scratch” where I set out to teach anyone how to play the piano using this masterpiece by Debussy. It was enormously successful, but a tremendous amount of work to put together. 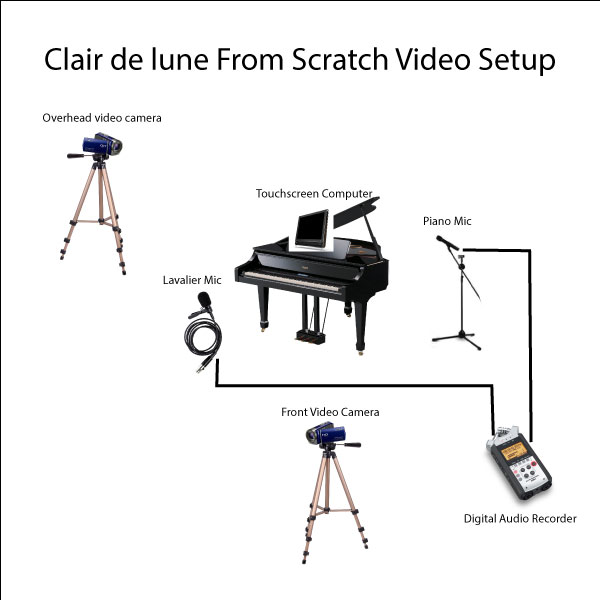 What killed me was the post production – taking 3 video sources (overhead video, front video, screencast video from computer) and the external audio source (lavalier body mic and piano mic recorded into a digital audio recorder) and combining them into a video editor program. 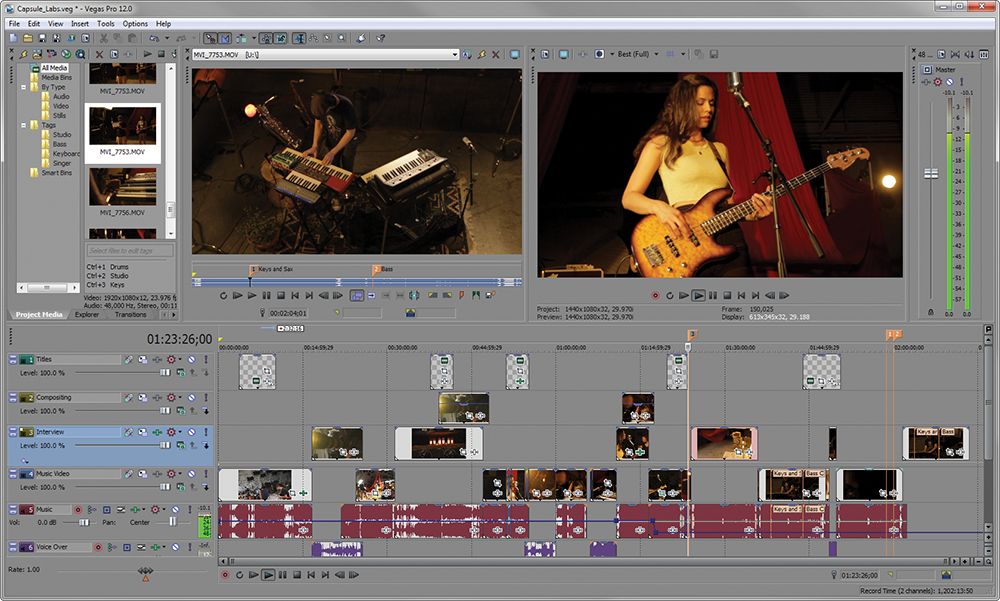 The result was hours and hours of synchronizing, cutting, and adjusting fades and hundreds of other edits for each episode.

Fast forward to today, and I’m pleased to see that I could’ve saved hundreds of hours if I had the ability to create these videos with LIVE PRODUCTION capabilities using an amazing program called Wirecast Studio, and streaming the digital sheet music from my iPad to my computer using a program called Reflector 2.

The equipment setup is somewhat similar, but note that everything goes directly into the production computer: 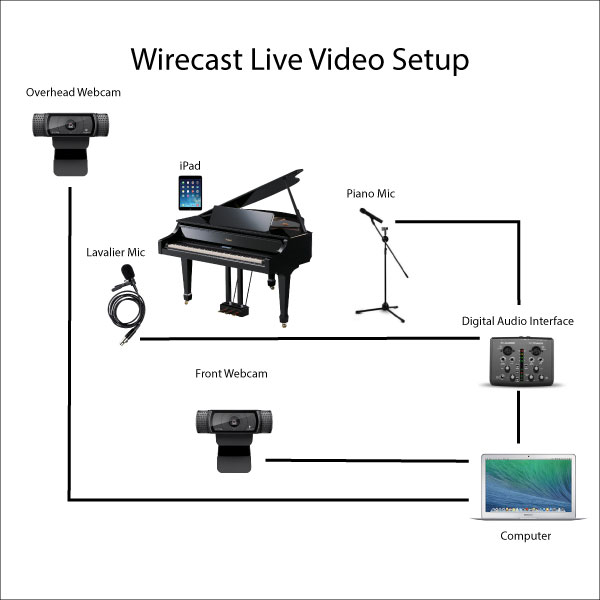 Instead of working with separate media files after shooting the video, all edits and camera angle changes are done live within the Wirecast program.

2 Comments on "A Better Way To Create Music Lesson Videos"

Wow, this is really exciting technology. Editing video is a real drag, so anything to speed it up!

Absolutely! And the neat thing is that Wirecast Studio can be used for streaming live multi-cam videos – great for Skype lessons!