Several years ago, I attended my very first rock show featuring Coldplay. As a classical pianist, I’m used to certain audience conventions that have been standard practice at classical recitals:

As I entered the ginormous 20,000 seat stadium, I wasn’t given a program. I noticed that there were counters where you could get flashy full color booklets that looked like programs, but those were obviously for sale (and they probably weren’t programs like we’re used to in the classical world).

When Coldplay finally made it on stage, everyone leapt to their feet screaming and cheering and clapping. I stood up too, and thought that once they started playing that everyone would settle down to listen to the music.

Everyone stayed on their feet. For the entire two hour show. Singing along with the band, cheering in the middle of the performance, snapping cell phone pictures without abandon. It was the most visceral musical experience I had felt up to that point, and it got me thinking:

“Why can’t classical concerts get this level of excitement and passion from audiences?” Much less fill a 20,000 seat stadium for a show!

More and more, classical music institutions (conservatories, music schools, orchestras, etc.) have been encouraging their members to engage in “outreach” programs to expose more people to classical music with the hope of getting them excited about our art.  These outreach shows take place at community centers, schools, retirement homes, and sometimes at other non-traditional venues like bars and clubs. One of the biggest elements of these programs is getting the artists to learn to talk to their audiences and get over their fears of public speaking. Unfortunately, most of the training for classical artist talks involve turning them talking about the music and the composer in a format that turns into a mini history or musicology lecture.

This public speaking format comes straight out of programs and playbills from orchestras. I love how Greg Sandow puts it in one of his recent criticisms about a press release from the Boston Symphony:

…the limp way they talked about the music:

The Symphony No. 39 is the first of a set of three (his last symphonies) that Mozart composed in rapid succession during the summer of 1788.

Wow, a set of three symphonies. Composed in quick succession. Back in 1788.

Nothing there to make the heart beat faster. Or to awaken even a slight spike of interest in these symphonies, one of them endearing, the second anxious, and the third grand and powerful.

One long-ago summer, in a burst of inspiration, Mozart wrote his three last symphonies. One is intense, another one is grand. And this is the endearing one, warm, enriching music for a summer night today.

So when I was asked (at the last minute) to come up with a solo piano program for the opening of a two week summer music camp/festival, I decided to ditch the old classical warhorses and recital traditions and try to experiment with ways that I think classical music recitals need to change to reach new audiences. Here’s what I did: 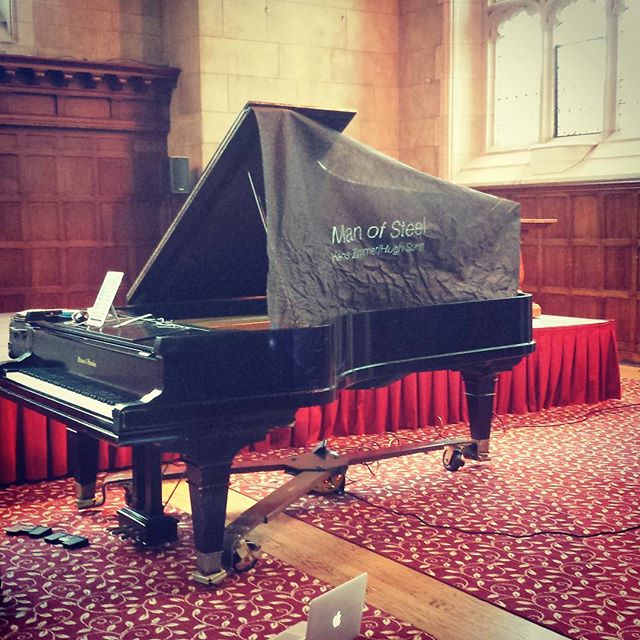 Ditching the traditional classical music paper program and coming up with a new way to show audiences what’s next on the show.

Too many of our classical concerts are about the “prestigious” artists and their sophisticated musical selections with little to no regard about creating an experience focused on the people who actually bother to come to our shows. Our audience engagement need to be far more personal than a history lecture. If we have to explain what the composer intends for them to feel while we play, we’ve already lost the battle. We need to program more music that audiences can really relate to, and if we can’t find those pieces, we need to be ready to make our own.

What will you do to get classical music out of a card catalog listing and turn it into a visceral experience for your audiences that keeps them on their feet?

Member
Sean Perrin
Share On TwitterShare On Google
I did a similar thing at my CD release concert. I didn’t give out programs but still had a “setlist” that we followed. I thin annnounced pieces, talked to the audience while the others were “vamping” to explain what was going on, and even segued between some for a very interesting effect. The pieces were improvisational in nature so this worked well. Two days ago I saw Radiohead in Montreal with over 50 thousand other people. I was right in front of the stage and I know exactly what you mean about the energy of these concerts. The previous band… Read more »
Vote Up
0
Vote Down  Reply